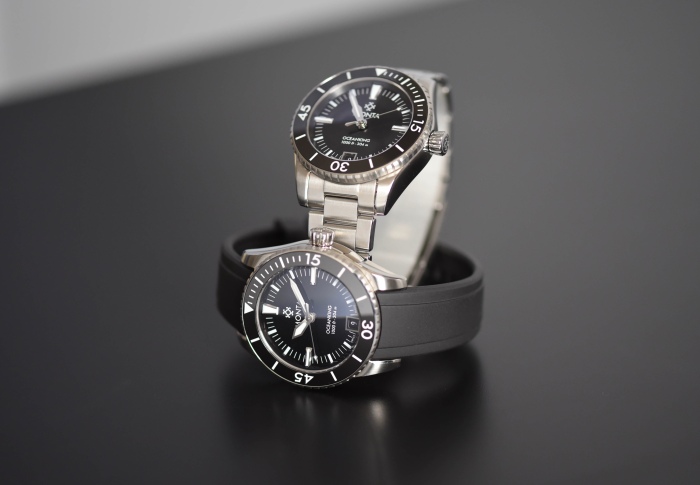 If you turn to Instagram for your daily fix of watches then you’ve no doubt seen some modern Rolex beauties decked out in flush-fitting, colorful rubber straps. And unlike nylon NATO and handmade leather options, when it comes to choosing a strap made of rubber, there’s only one brand to consider – Everest Bands. Just like Rolex and Mt. Everest share a legendary connection, Rolex watches and Everest Bands are fast becoming an iconic pairing in their own right.

Everest Bands was dreamed up by a passionate, enterprising guy, Michael DiMartini. As is the case with many an entrepreneur – and adventurer – Michael is constantly pursuing new challenges. And the latest venture for the Everest Horology team is a watch company – MONTA. That’s right, that new, boldly-named dive watch you’ve been seeing all over Instagram – the Oceanking – is from the same folks that designed the eponymous rubber strap.

The name MONTA is a combination of the french words for mountain and watch – montagne and montre. But to truly understand the origin of the brand it’s necessary to deep-dive into the backstory of Everest Bands. That story – Michael’s DiMartini’s story – is what makes the Oceanking a watch worthy of your wrist (or wetsuit).

Rewind almost a decade ago, Michael was hitting it out of the park in his career (in a totally different line of business). As a reward for his success at work he treated himself to a then brand-new Rolex GMT-Master II with a Cerachrom insert. Besides the new look bezel, another of the tweaks Rolex made to the GMT-Master were polished center links on its oyster bracelet. Now, while the insert is scratch-proof, those shiny links are most definitely not. After only a few weeks on the wrist, Michael couldn’t help notice the swirly, hairline marks seemingly all over the mirrored center links of his robust, sleek GMT.

He voiced his irritation over these desk-diving wounds to his then fiancée. That might be part of the reason why she would later go on to by him a Breil watch on their honeymoon in Italy: It came on a much more abrasion-proof rubber strap (and it would make a nice memento of their recent nuptial).

The newlyweds would put their vows to the test shortly after they returned home to U.S. soil… Michael found himself unemployed when the The Great Recession hit.

I don’t know how much Michael’s back was against the wall during this period in his life (he did say he sold his GMT to keep his family afloat). What I do know is he certainly lived up to the saying, “when times get tough, the tough get going…” Adding fuel to his fire was the responsibility he felt to his growing family. You see, around the time of the housing bubble bursting, Michael and his wife found out they were expecting their first child.

It seems for some time Michael had been thinking about his Rolex experience and his wife’s gift – that Breil watch with a curved-end rubber band. He decided to put into action an idea he’d been kicking around in his head…

The story goes, he told his wife only hours after their son was born, “I want to make a rubber watch band for Rolex owners…” This was the path he wanted to go down – how he was going to make a living. Of course his wife was 100% on board with Michael following his heart and dreams. But at the time, laying in a hospital bed recovering from labor, all she could say was, “why are you telling me this right now?”

Everest Band’s journey from prototype phase to American success story is well-documented in photos on Instagram. Michael has given Rolex watches a new and fresh look. But he’s not the kind of guy to take all the credit. First, he’ll mention his wife – for that Breil and her belief in him. Second, among the countless supporters – from designers to brand ambassadors – he’ll single out his business partner, David Barnes. David has been with him since Everest’s beginning – a positive force in his life, personally, and a key cog driving business. 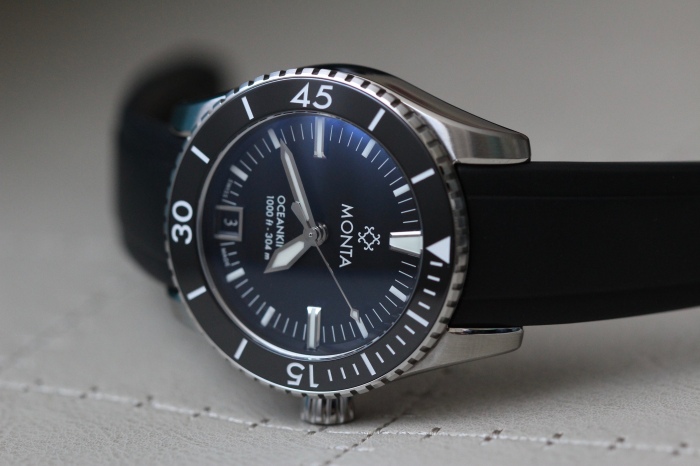 Now, Michael, David and team have a new creation – the Monta Oceanking. Growing from a strap company into a full-blown watch company is a helluva an endeavor. But based on what I’ve learned about Michael, I expect Monta to become a fixture on the watch scene just like Everest Bands.

When Michael and I spoke about the Oceanking, what resonated with me was how he’d like to see it embraced by people… He hopes the Oceanking is, “not just for someone’s lifestyle, but for their life.” In my opinion there’s no men’s accessory better suited for lifelong companionship than a watch – something you can buy now and wear everyday for the rest of your life. (You certainly won’t be doing this with a smartphone or a pair of shoes.)

Michael plans to wear his Oceanking a lot. Before he checks in at Basel to man Monta’s booth, he’ll take it on a short getaway vacation with his wife to the Caribbean. He’s excited to finally put it to the test scuba diving and then wear it out to dinner – where surely he and his wife will toast and reminisce how it all started…

Since Everest and Monta are inextricably linked, we think it’s only fitting the Oceanking comes with not one, but two Everest bands (black and orange). And when you’re wearing it on its bracelet, you can expect to find the same level of comfort as the rubber bands thanks to links that fold up – a design meant to allow for better contouring around a person’s wrist.

Preorders for the Oceanking are currently being fulfilled and delivered. And as much as it may make Michael cringe, the first scratches on the bracelets are imminent (whether from scraping against a laptop surface or grazing a coral reef under water). Of course, a quick change to an Everest band will keep your Oceanking well-preserved to enjoy for years and decades to come… 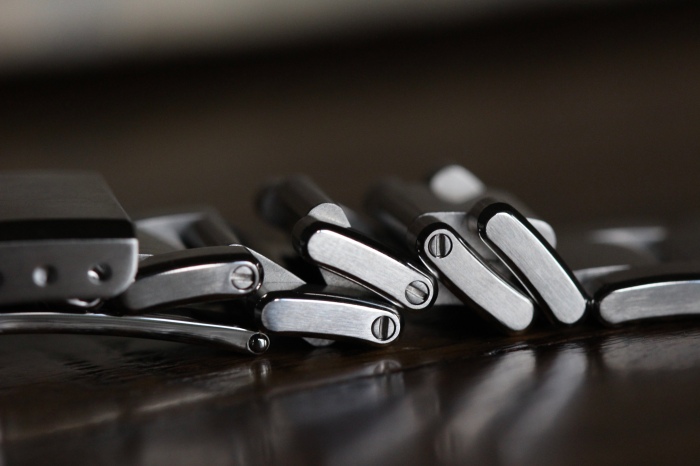